The C-ITS Strategy of the Commission announced that the Commission will work together with all relevant stakeholders in the C-ITS domain to steer the development of a common security and certificate policy and other accompanying documents needed for the deployment and operation of C-ITS in Europe. Concretely it was announced that guidance will be published in 2017.

As a deliverable following the adoption of the European Commission's strategy on Cooperative Intelligent Transport Systems (COM 2016/766), this first release on C-ITS Security Policy is a result of the work of the Platform for the deployment of C-ITS Platform which was created and chaired by the European Commission services in November 2014 to pave the way towards deployment of C-ITS in Europe.

Following intensive work in a broad consultation process steered by the Commission from early 2016 onwards this document delivers the guidelines on a common C-ITS Security Policy that has been agreed upon by all involved stakeholders.

The scope of this document includes the following components and entities of C-ITS: 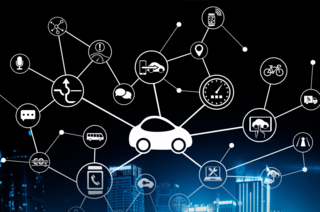