Discover the C-Roads test infrastructure and pilots in detail

Two reports of the C-Roads Platform are now available for the general public and provide detailed information on each of the single Member State pilot sites as well as on the available test infrastructure in the C-Roads partner states. The intent is to foster harmonisation of C-ITS across Europe while maintaining a maximum of transparency throughout the whole phase of implementation.

The detailed pilot overview report provides an overview of the planned C-Roads pilot sites and their services and technologies covered. The respective locations are selected according to their suitability to distribute C-ITS test messages for validation purposes, but also for a later link with live data streams from the TMC to enhanced Day-1-C-ITS-services. While all different European C-Roads pilots finally will be operated in their specific Member States and regions, they all have committed to regard the European dimension of the whole action and hence to deploy their C-ITS pilot infrastructure in a way to enable harmonised services to end-users. This harmonisation work will be coordinated through cooperation in the C-Roads platform, where all C-Roads Member States are committed to contribute to. 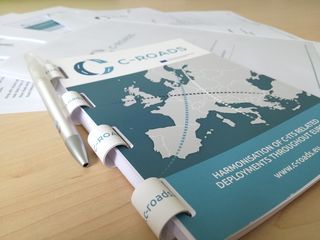