Workshop on C-ITS Deployment and Evaluation

The European ITS Platform (EU EIP) and the C-Roads Platform collaborate for mutual benefits on preparing the deployment of interoperable C-ITS services and the best integration of C-ITS with the current ITS deployment. Both platforms jointly organised the C-ITS deployment and evaluation workshop on 5th and 6th November 2019 at ENGIE premises in Brussels. The C-ITS workshop serves as a practical milestone and enabler of further actions, following the collaboration note signed by both platforms in 2019. It also marks a successful evolution from the November 2017 C-ITS workshop at INEA premises where half of the pilots were in infancy days.

The program of the first day – co-organised by C-Roads Working Group 1 on Organisational Issues and EU EIP Sub-Activity 4.4 on C-ITS services deployment support – focused on organisational issues of C-ITS deployment. The overall objective aimed at consolidating the perspective of actors involved in real-life C-ITS deployments, building on feed-back from a “learning by doing” process supporting identification of good / better practices and effective experience sharing. Main topics of the workshop corresponded to the key themes of the C-Roads survey – driven by its WG 1 on Organisational Issues – for which responses were gathered from most C-Roads pilots upfront the workshop. Additional suggestions for presentation and discussion were collected from participants registering for the workshop. The main topics of interest were reflected in the program sessions:

The workshop in Brussels attracted more than 100 participants from C-ITS pilots and evaluation activities around Europe, including delegates from public authorities and European services, industry, research and universities. More than 40 speakers presented project results and pilot status, discussed current deployment issues and moderated through the different sessions.

This input provided broad insight on C-ITS being at the brink of deployment in Europe. On the first day the interim results of the C-Roads questionnaire on organisational issues embraced the different sessions. The presentation input was complemented by lively debates where presenters/panellists interacted with the audience.

While the contribution of EU EIP and C-Roads experts as workshop organisers were essential, representatives from EC (co-)funded projects on C-ITS (C-MobILE, AUTOCITS, CITRUS, CONCORDA, SOCRATES 2.0) and deployment initiatives (C-ITS Corridor) provided valuable insights on a range of issues which cross-fertilised the lessons learned and the debate, including e.g. urban mobility innovation, business modelling and value network, companion services for truck drivers.

While the main intention of the workshop – the exchange of knowledge and current challenges in C-ITS deployment – was achieved successfully, some next steps to elaborate on the challenges have already been proposed or initiated. They can be summarised according to the different topics:

The complete proceedings are available here. 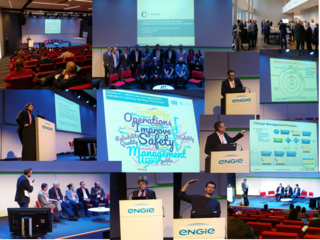